Among the more than 3000 species found around the World, more than 70 species have been found locally. Some 10 species such as Anopheles sinensis, Anopheles maculatus, Aedes albopictus Culex quinquefasciatus and Culex tritaeniorhynchus are commonly found. The mosquito-borne disease vectors found locally are:

To study the distribution of Anopheles. A larval and an adult survey have been conducted locally in order to have detailed information about the growth patterns and distribution of the local malaria vectors.

FEHD will notify its District Environmental Hygiene Offices and other relevant government departments of the Gravidtrap Indices and Density Indices of various phases once the figures are available, so that they can promptly carry out targeted mosquito prevention and control work. To facilitate public access to the latest survey data, FEHD will announce the phased indices for Aedes albopictus for each of the surveyed areas on the FEHD webpage. Corresponding mosquito prevention and control measures can be taken by the public in a more expeditious manner so as to prevent the spread of dengue fever.

The Gravidtrap Index and Density Index for Aedes albopictus of each surveyed area are released in two phases. Figures released in the first phases are phased indices and the second phase indices represent the AGI and ADI of the surveyed area in that month. 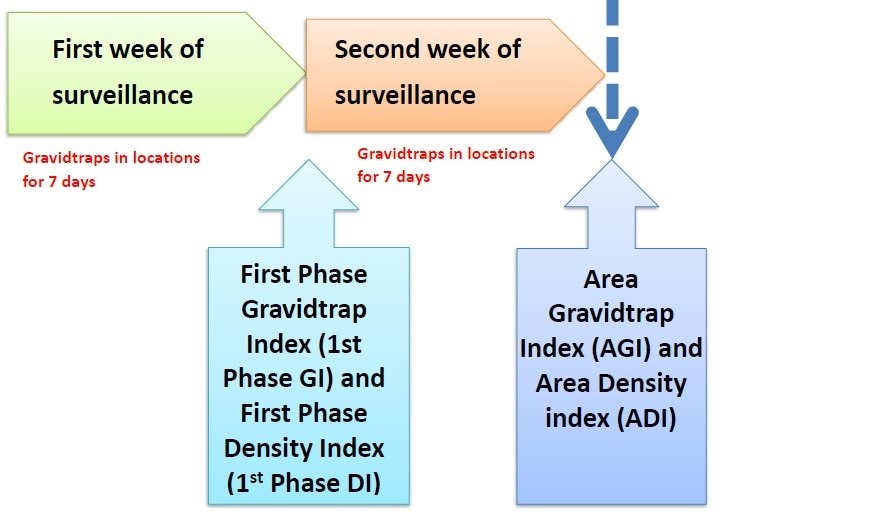 Please click here for the phased Gravidtrap Index in September 2020.

Area Gravidtrap Indices and Density Indices for Aedes albopictus for the 62 survey areas in 2020 are provided below:

The public is advised:

To the management of construction sites

The management of construction sites is advised: